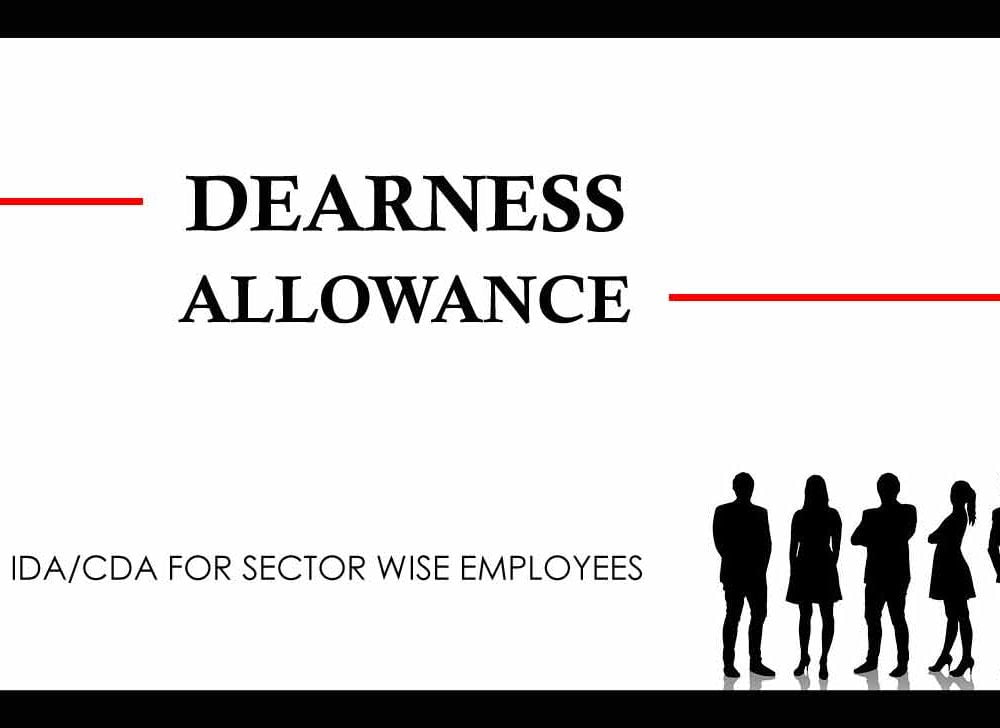 Dearness Allowance is roughly termed as cost of living adjustment which is a compensatory allowance offered to the public sector employees along with pensioners, and this is a component in salary which is applicable to every employee in India.

The Dearness Allowance was earlier called Dear Food Allowance which is later renamed as DA for the Government Employees, and this gets to add to every individual salary on a percentage basis as per the Consumer Price Index number for each quarter which in result in salary revision.

There are two types of DA which is applicable for employees based on their organization of work, which is purely named as Industrial DA and Central DA (Variable).

Industrial DA = The Industrial Dearness Allowance (IDA) is applicable to employees for public sector enterprises and this will be revised for every 3months based on Consumer Price Index numbers announcement, The employees under Central PSUs will be benefited from this announcement.

Central DA = The Variable DA or Central Dearness Allowance (CDA) is based on the revision for every six months for Central Government employees and pensioners, and the new figure of DA will be a result of the consideration of the past 6 months DA with calculating the increased or decreased consumer price index. Based on the consumer value the DA will be calculated and the new figure will be announced for implementation since then.

The Dearness Allowance is calculated from the basic salary of an employee with a defined formula, as the Government revises this DA, the same will be different based on the locations which are directly related to the cost of living, and it does make clear that the employees from the rural sector, semi-urban sector, and the urban sector have a different DA.

According to the sector, the IDA rates will be calculated differently for Banks and Insurance as per the pay revision and DA merger and the link point taken, Let’s have a look at DA for the following sector

Is DA included with Basic Salary of an employee?

When Does the Dearness Allowance for Pensioners take place?

Is HRA and DA calculated similarly?