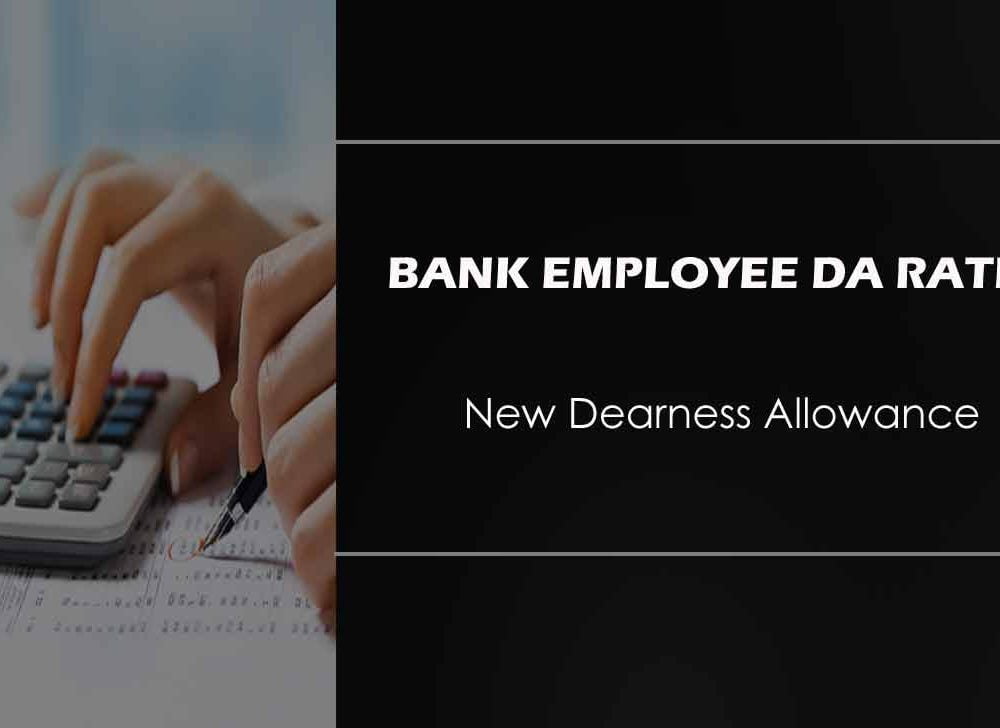 Find new DA rates to be paid to every bank employee after announcing CPI index numbers for this month, Just check the present and new dearness allowance and the number of slabs taken…

The Dearness Allowance of Bank employees announced quarterly based on All India Consumer Price Index Numbers (AICPIN) and effective from February, May, August and November months of every year

Bank employee Dearness Allowance in salary is a calculation of allowance paid to employees based on their work scale to compensate for the inflation, and this is calculated from a percentage of basic salary to mitigate the inflation on people.

The allowance added in the salary is apart from basic salary and it is calculated on a defined percentage, where every bank has their pay grade defined for employees based on their location and type of work they are assigned.

This part of the salary is always increased and in Banks, it is estimated to have an increase in DA for every one year based on their performance, and we can update the new confirmed DA rates of bank employees from November 2020 after announcing price index numbers for September 2020.