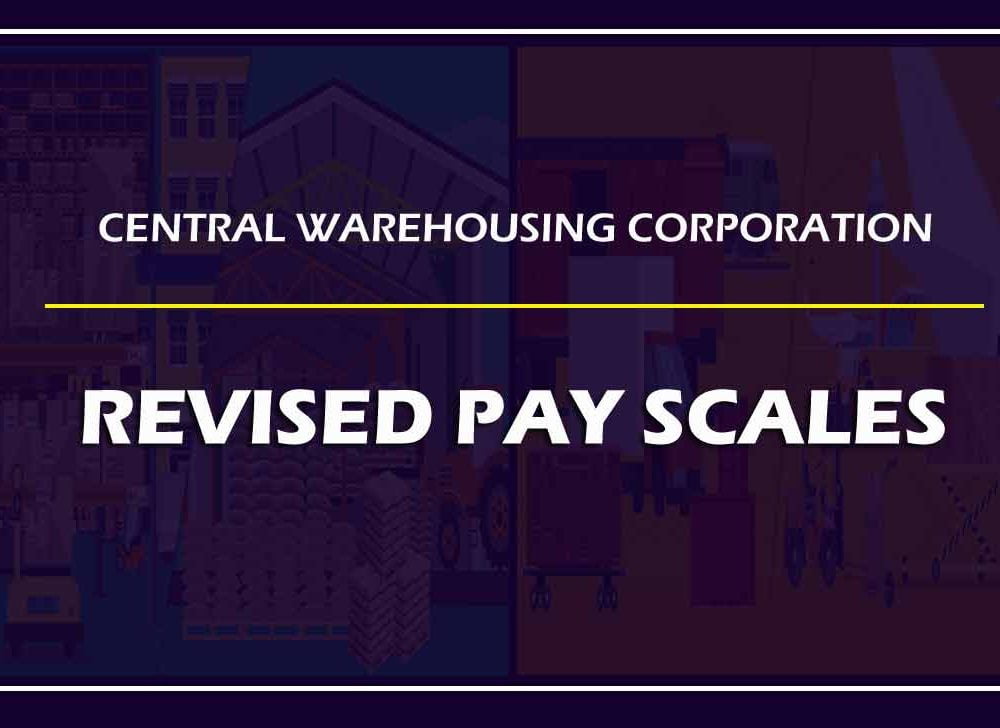 IDA Pay Scale for CWC revised as per IDA pay revision with effect from 01.01.2017, Find new IDA pay structure for Central Warehousing Corporation executive & Group C/D working employees, Check each table specified with new pay bands for each cadre working in board level & below board level officer along with non executives…

Central Warehousing Corporation is an PSU industry which is funded by Government of India to serve Public Warehouse Operators by offering Logistics services, and it was established in 1957 to provide support for diverse groups of clients and in current developing India, CWC holds a major rule.

Employees working under CWC are termed as Government employees and thus their pay scale is fully monitored by Government of India Policies, and CWC serving the Agricultural products and other commodities aims to produce Warehouse for storage of Seeds, Manures, Fertilizers and Agricultural products, and thus, everyone serving through CWC has got a prestigious mark in their profile.

The Pay Scale of Board level and Below Board Level employees who fall under IDA in Central Warehousing Corporation have a Pay Scale as per their roles shown below, the salaries based on position are minimum salary per month which shown in CWC monthly salary slip and this may have varied with effect of 7th pay commission of India as well, and the employees serving CWC will have below stated benefits in their Pay Scale as per their group of working.