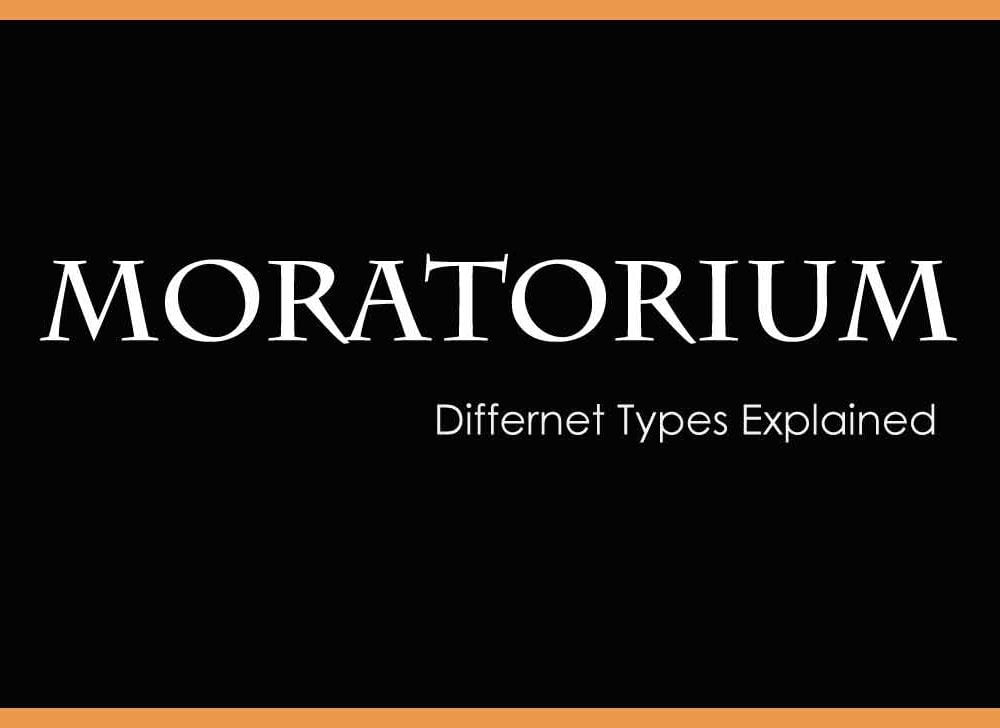 Simply check about the moratorium allowed on financial and the different types of a moratorium come into effect across the globe during the financial and human crisis, Let’s check-in detail…

The word Moratorium in simple means a delay in the process of the functioning and most commonly it stands for the delay or relief in the payment of financial expenses, and this is not just an act of Government but a form of aid that can be provided to anyone through any entity or most of the time carried out during the financial hardships.

Generally, a Moratorium is only brought into effect when the normal working conditions are objected to and humans, in general, cannot earn their livelihood or live through their routine life as normal.

This can be seen as a form of rectification caused due to a lot of natural calamities that may include earthquake, landslides, typhoon, rainstorm and many more that brings a lot of loss to the life making the financial and human conditions to suffer.

We have been assuming that this condition only overlaps with financial loss or natural calamities, but it can also come into effect due to global issues and the one we are facing recently is the COVID-19 pandemic.

One of the key examples of Moratorium in our relevance can be that during the Global pandemic the RBI has announced the EMI Moratorium for at least 3 months on terms loans, and though in this case most of the banks, financial institutions can run their basic EMI schemes for term based loans there was an exemption.

The RBI has the power to impose Moratorium to the banks to either extend support to the customers or can also ask the banks to impose daily money capping or monthly limit caps as well.

One such example can be during the Pandemic, RBI has asked most of the top banks in India to impose a limit of INR 50,000 transfer everyday that was necessary to maintain the cash flow in the banks over the period of quarantine.

There are different types of Moratoriums that have seen to be in effect across the globe during various times of financial and human crisis which we are going to discuss below.

We have seen the example of government imposed moratorium where the public all across the country is in adverse effect due to a certain crisis. Pandemic due to COVID-19 is a straightforward example which has made governments of countries all across the world impose certain moratoriums in light of helping the public.

During Government imposed moratoriums, banks or financial entities have the ability to either bring the moratorium into effect or else some of them seek an opt-in through which they only seek customers to take this opportunity who are essential in dire need of it.

The basic moratorium that comes into effect during the natural calamities that can be landslides, earthquakes, typhoons that can damage the capital properties that humans have incurred against loans, financial liabilities, and more with Government, Bank or Financial institutions.

This is mostly imposed by the governments in which the debt which has to be paid off will be delayed, and the transaction can be between two government entities or between Government and public as well.

One key example for such is the debt that the public has to pay to Banks for their loans incurred that have to be paid off, and in such a case, the government can impose this so as to provide financial relief to the generalized public during times of struggle.

Should I pay my loan or EMI after the Moratorium period?

Can I seek Moratorium due to personal financial issues?

How does Moratorium come into effect for Banks?

Does Moratorium means EMI will be waived off?