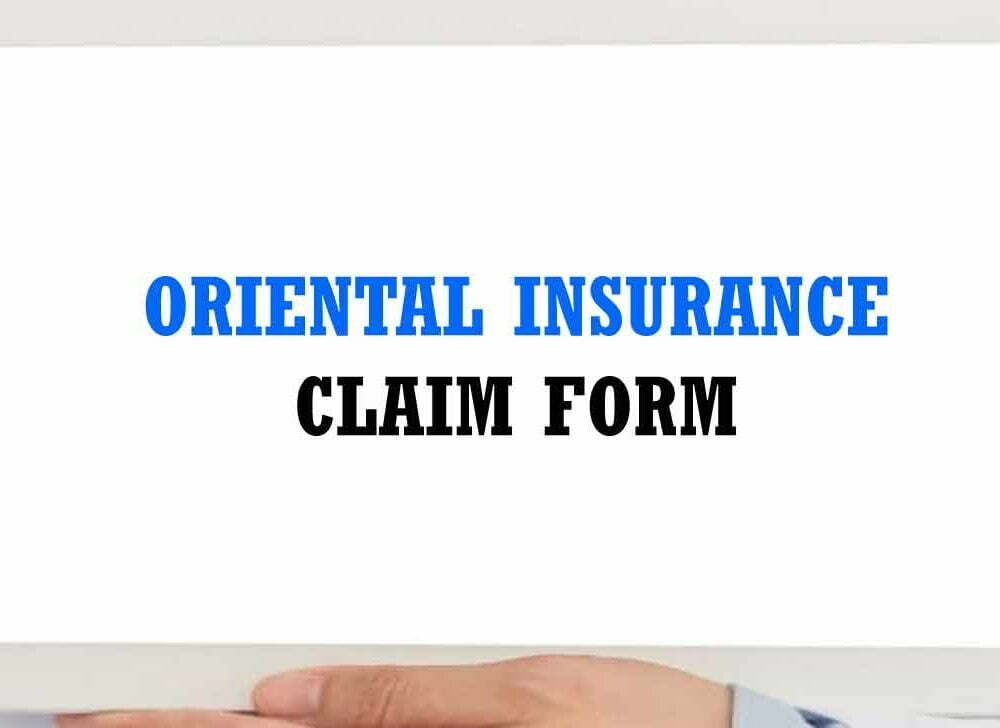 The growth of Oriental Insurance all across India has been through the rise in their Insurance policies being bought but at the same time, the value is understood when the same number of claims are being filled by customers, and if you have a health insurance policy with Oriental Insurance then it’s time for you to get your policy claimed and pay for the expenses that have incurred over you.

In order to ascertain that you have completed the perfect path to claim the Insurance policy it majorly requires the claim to be filled by the Insurer, but at the same time, there is a requirement by them which states that the claim form also has to be filled by the Hospital in case of Health insurance claim being applied.

Assuming that you have downloaded both the Claim forms to be filled by Insurer and then by the Hospital printed then, below are the steps that can help you follow a smooth path for applying through your claim form.

Oriental Insurance Claim Form to be Filled by Insurer

The Claim form which has to be filled by the Insurer is called the Claim Form Part – A where basically all the information regarding your health conditions to the expenses that have incurred for the overall treatment has to be mentioned, and there also comes a point where you need to mention the Hospital service that you have used and this is important because the Part – B will be filled by the same Hospital service that you mention here.

OIC Claim Form to be Filled by Hospital

This form of the claim form by Oriental Insurance is called the Claim Form Part – B and it essentially has to be filled by someone from the Hospital that you have received treatment and have already paid the money for the incurred payment charges.

The part B includes a lot of details about the Patient admitted, then discusses the alignment for which the patient was admitted, and secondly, in order to streamline and ensure proper approval of the claim form of oriental health insurance, the hospital will provide various claim documents that have to be submitted which involve a lot of document receipts and reports.