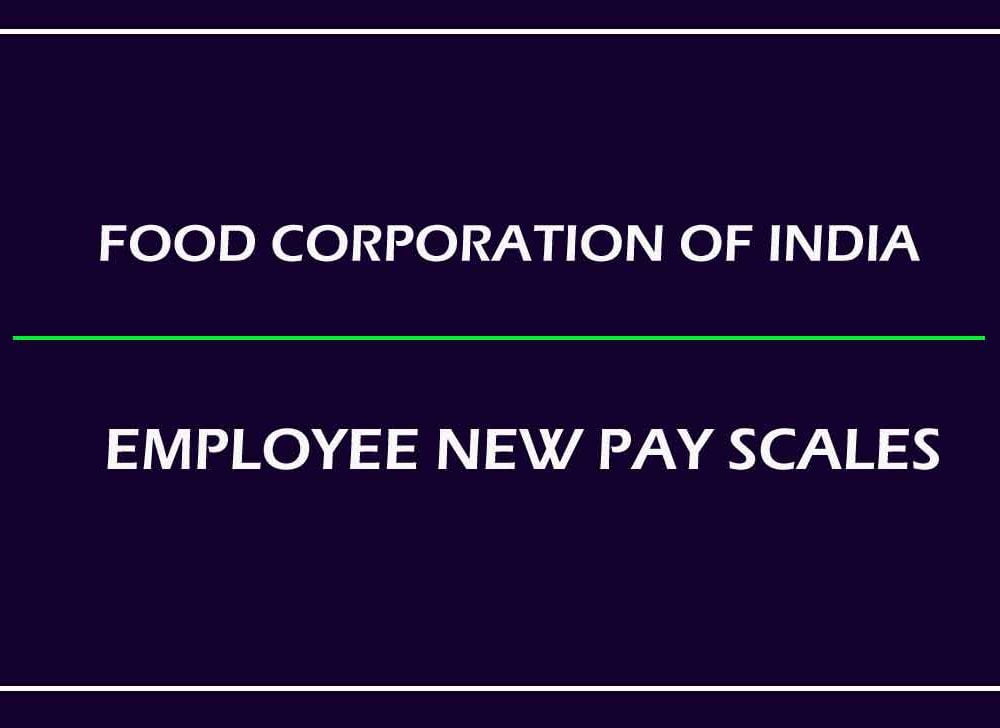 Here is the pay scales new structure for all the employees of FCI working under officer and non executive cadres, Find the new revised pay matrix of each designation level for executives as per DPE, Check Scale No and relevant pay band for Class 3/4 employees along with new DA rates as per IDA pattern…

Food Corporation of India is termed as FCI which is a government owned origination, and is governed under State Government and Central Government combined by holding its Headquarters in New Delhi, where the Regional headquarters are placed in every state Governor based on the area of its centers.

Food Corporation of India issued a notification to recruit employees who will be thereby taken as Government employees, and the salary for employees is at good value and increments annually shown in FCI pay slip, so get to know more about placement and notification from FCI from its official website, and now do check the new pay scale of FCI employees.

Here we bring you list of salaries for a few posts under FCI towards executive cadre and Class 3/4 employees, through which you can have a glance over salaries served to categories, and this mentioned figure is termed as basic salary for employees.

Industrial Dearness Allowance included on monthly basic salary as per the new IDA rates changed from time to time.

House Rental Allowance is given to employees who are living in their own or rented house rather using an option of government quarter, where the present rates for HRA as per the cities is given below

Increment is a point in salary which adds yearly at 3% rounded off to next multiple of Rs.10 and which differ for everyone, and also the employee who have not completed one year of service are not entitled for annual increment.